“To love a person is to learn the song that is in their heart and to sing it to them when they have forgotten” …… or in the case of these little abandoned children of St. Nicholas Hospital in Birlad, Romania, those who have barely had the opportunity to hear even the first notes of their heart’s song, help them discover it.

My days in Birlad would appear to follow a predictable pattern, not a few days into my posting …… but every day, I start out with a hopeful heart that my impact will produce a smile, a laugh, a contented sigh, or really any kind of response from the children! These are not big reward wishes by any means, but It is enough …

Little tiny Marian (a boy’s name in Romania) weighs about 2.2 kilos at 6 months of age, snuggles into my arm when I feed him his bottle, with such a happy expression on his face, as though I am the queen in his life …… he is so easy to please …… love and attention, all he requires from me …… the nurses and aides tend to the daily grind of diapers, baths, food preparation etc. …… when I attempt to put Marian down in his crib, his kitten like cries start up ….. I pick him up and carry him around, nestled happily in the crook of my arm as I tend to the others as best I can while keeping him close. A little bit of juggling is always in order. Marian is happy as a baby can be:) I cannot leave him crying, not in my DNA to do so ….. he was a premature baby, a fetal alcohol syndrome child, as are most of the children in varying degrees and need human touch so very much ….. where is the education for teenagers on this issue? It is no great secret that the majority of parents of these abandoned children are indeed teenagers! …. It is my nature to attempt to dig for the root of a problem …..

The sweetheart of the ward, one year old Delia is so bright and so normal in developmental milestones mentally, but alas, she has stunted limbs which will make life that much harder for her and basically, she is unadoptable, if there is such a term …. everyone loves her but she continues to live at Sr. Nicholas. ….. I hold this little child and love is all I feel …. She is very very affectionate, making that easy to do! ….. I like to think I helped add to her vocabulary with “mamama and nananana” but I am sure this process was started long ago with other volunteers and I was merely fortunate to be the recipient to hear it with regularity but still, I did notice the surprise the nurses displayed as Delia “nanananaed and mamamaed” in addition to her dadadadas and da’s ( da is yes in Romanian ) …. I am a great baby babbler 🙂

Two month old Ion just eats, sleeps and snuggles happily in my arms as much as possible. It is hard to determine the extent of developmental delays sustained from his birth but, I know that some of those milestones at 2 months of age are just not there ….. the nurses try hard to make sure the children all “finish those bottles of formula” …. they celebrate with a “bravo” when a bottle is finished and I know they mean well, but when a good portion of the bottle is spit up shortly after feeding, I wonder hmmmm ……. I know they do not appreciate my taking the bottles away when the children purse their mouths, seemingly refusing another drop …. I have never believed in force feeding. But again, as a transient volunteer, it is not in my position to criticize or change the system. My job is to help out as best I can.

Cleo who is mostly vegetative with so much fluid around her brain, that her head weight makes up half her weight or close to it ….. smiles occasionally but with mostly vacant eyes ….. all I can do
is stroke her little arms and legs and talk to her …. she does respond in her own way to the affection and my chatting …..

On Wednesday, four older children were brought back to St. Nicholas from a “placement center” about 20 km. away …. they are regulars at St. Nicholas but were at the center for check ups and the like for the week before I came. These centers are no longer allowed to be called orphanages ….. part of the bureaucracy since Romania was admitted into the European Union. It is highly unlikely that anyone will ever adopt these children, so they live in the “centers” .

Seven year old Marian is paralyzed from the waist down, is very small for his age, and severely mentally handicapped. I took him for a walk outside in a baby stroller ….. I simply could not watch him basically laying with little stimulation in a crib for another minute. Dan and I had quite the job getting him into it, but once in there, I pushed him around in the warm sunshine and he laughed, yes laughed, for most of the hour I had him outside. Yes, I broke the rules, and took him out of the hospital grounds …. I showed him trees, flower buds, flowers in bloom, a dog barking, leaves rustling in the breeze and I swear to God, he was in heaven … he laughed, he pulled on my hand as I showed him the bushes and leaves and connected with me …… Dan was not pleased when he could not find me as I was quite far from the hospital gates, but I was so thrilled with the response from Marian, that I kind of lost track of time and place 🙂 and would do it again in a heart beat. I have a strong tendency to break rules at times …….. I learned many years ago, that if an action has a good outcome, follow it. I may have to present a convincing argument to do so again next week 🙂

I took 6 year old Sami who has mild to medium down’s syndrome, to the hospital outdoor park ….. he squealed in delight with every new texture, every new sound, the sun on his face, the breeze in his hair ….. oh just everything. He refused to walk up or down the three flights of stairs on our first attempt (I carried him even as he struggled against me, uncertain about what was happening) ….. no elevators here …… but by the second day, after encouragement and lots of practice outside on a curb, he navigated the stairs brilliantly, trustingly holding my hand the whole way up, and asked only to be carried for the last few steps back to the hospital rooms (grunting sounds … he does not talk ….. I like to think if someone had the time for ‘one on one’ work with Sami, he would be able to speak, no matter how rudimentary!) ….. he has apparently handled stairs before in the past but not often and with just a little practice, he was able to …..

Aaah and little Alina, five years old, and another FAS child …. sweet as pie ….. loves having me brush her hair, sing to her, dance with her ….. I took her out to the hospital park as well two days in a row …… I had to ask permission from the head pediatrician to do so, for all the older children actually ……. they were not overly enthusiastic about it ….. apparently insurance issues or something …… No surprise here that I believe children need sunshine and fresh air as much as they do those bottles of formula …. they are so pale and in such need of outside stimulation and there is really no one there, short of volunteers who can possibly do this …. the nurses are stretched thin as it is. I am hoping I can continue taking them all in turn, outside this next week. Little Luca, who has a bad case of scabies at the moment, is next on my outdoor outing hit list 🙂 ….. he is a mentally and physically ( kind of go hand in hand really ) delayed three year old, does not walk yet, crawls, and is quite a handful, as I soon discovered … I took him out and let him crawl around ….. he had been banging his head against the crib in a repetitive motion and I could not bear it any longer …. he smiled as I picked him up and followed him as he scooted around in the two rooms that make up his home here at St. Nicholas. It as a delight to watch him happily going about discovering the toys, but oh boy, needs one on one attention big time! Aaah, and the scabies ….. presents a problem in such close quarters, so I understand the nurses’ concerns. So that rounds out my little darling motley crew ….. Will see what Monday brings …… late at night here in Iasi (pronounced Yash) in Northern Moldova ….. a two hour train ride from Birlad …..I arrived late Friday night …. Mihaela, Dan and their daughter Delia joined me for the day ….. a wonderful weekend to ring in my new decade of life ….. and a nice break from the hospital. Fresh air for my spirit. Hope my pictures of the weekend post okay and that there are not so many typos in this post ….. too tired to proof read and it seems my ipad does not have a spell check, or more likely, I have not discovered it 🙂 …. weak WIFI in this hotel
Love to everyone. 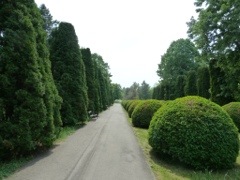 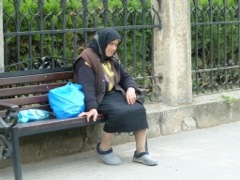 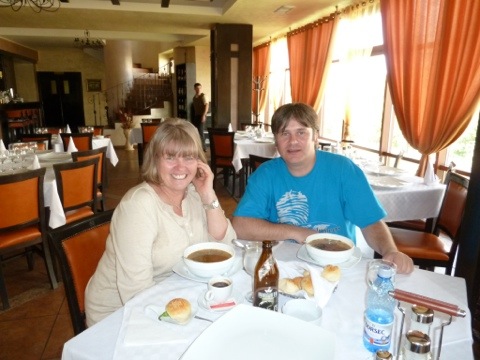 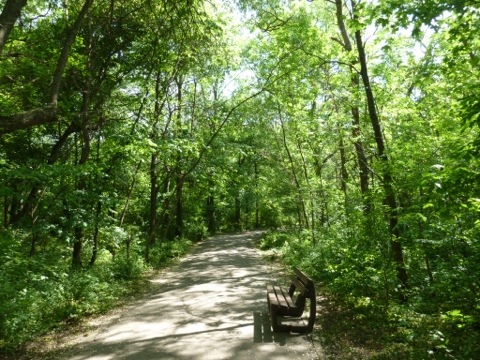 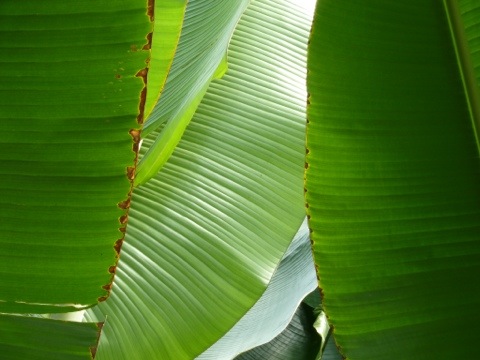 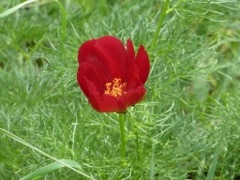 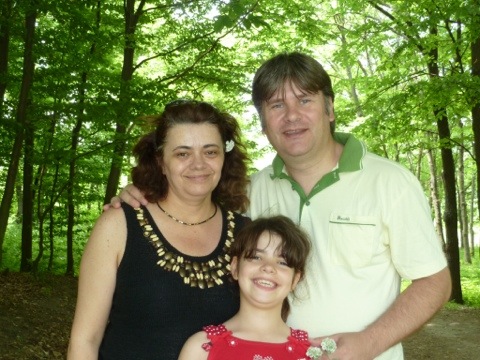 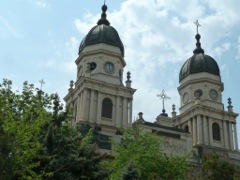