Solo once again, trying to fall asleep on an overnight train to Rovaniemi, Lapland …. failing miserably! What was I thinking?? I adore train travel, but really? …. twelve hours on an overnight sleeper? Live and learn …. the sun truly does not set in Finland for almost two months in summer and no where is it more apparent than in Lapland! The sun basically scans the horizon, seemingly sits suspended a moment and starts to rise again, in full morning light by 1:00 am …. hard to get used to. The Finns say they only need six hours of sleep in the summer versus eight or nine in winter … the sun provides the extra energy … could be something there!

Before I even kissed Sarah, Aliana and Margaret goodbye in Helsinki, and Jennifer a few days earlier, I knew I would sorely miss their energy and company when finally alone. Lots of close together time as we toured and travelled, visited and reacquainted ourselves with the Leppanen arm of our Finnish family. Wherever we drove in Finland, we were surrounded by so much natural beauty, lush green forests, small towns and villages, farms … so many tidy farms everywhere and all separated from neighbours by so much fresh summer green space or by lakes and rivers … little wonder Finns are quite comfortable in their own company, having long ago adapted to life with so much space! It has been said that Finns are incapable of small talk, have a healthy respect for the space of others and a very relaxed attitude to conversational gaps.

They are, however, very direct when there is something to say! I wonder despite the distance between Canada and Finland, if I didn’t through some form of genetic osmosis acquire that characteristic 🙂 …… I have been accused so often in the course of my life, of being too blunt … I have never overly enjoyed gossip and grow impatient with it for the most part. I will henceforth blame my heritage for my blunt errrr, direct ways 🙂

The Lappish landscape was so serene, so green, so vast … so quiet! A place surely to nourish my soul. I had booked a few jeep tours into remote areas shortly after I arrived in Rovaniemi, but almost all were cancelled due to the rain. It was relentless with only brief periods of sunshine. With just a smidge of coercing, Ville one of the owners of a local tour company, took me out regardless of the rain one night … we were joined by Tina from Germany, who also wanted to head into the wilderness to view moose …

Ville picked us up shortly after 9 pm and we drove for a few hours into moose country where the goal was to view the illusive Laplander moose. After a few hours with no sightings, we stopped for a break at a large green hut, seemingly in the middle of nowhere. Apparently wilderness sorts use it for weddings in the summers. Ville built a fire inside and we cooked sausages, washed down with what else? … coffee …. at almost midnight?? …. hmmm …. but it was light out of course and we had a few more hours of searching ahead of us, so coffee it was 🙂 … I heard or read somewhere that Finns consume more coffee than any nation on earth! … quite possibly so!

We saw lynx, fox and snow hare skitter into the woods, reindeer both wild and farmed and finally around 1:30 in the morning, our prized moose!! … we watched for a long time, both with binoculars and without … several moose in different locations but too far away for good photographs … they camouflage well in these midnight sun lit Taiga forests … such a surreal and magical night left me wanting more but my train back to Helsinki was booked for the following day. Sharing a picture of the Main Street near my hotel as I returned home from the evening and a few scenes around Rovaniemi … about 3:00 am … yes, light as day!

I did have time the next day to visit Santa at Sant Park but, hmmm, I think it was his tenth cousin, twice removed, or maybe a total imposter, filling in for the day 🙂 …. kind of touristy at the park … very much a Christmas park for little ones and best in winter! Again, it was pouring rain as I ran from building to building. Did straddle the imaginary Arctic Circle line as it runs through Rovaniemi … a Japanese tour group and I 🙂 … all good in the spirit of fun!

So, despite the rain, I was not put off in the slightest at the possibility of a future return trip to these more remote Northern stretches of my homeland … I did miss the prolific mosquito season because of the rain … silver linings wherever one looks for them 🙂 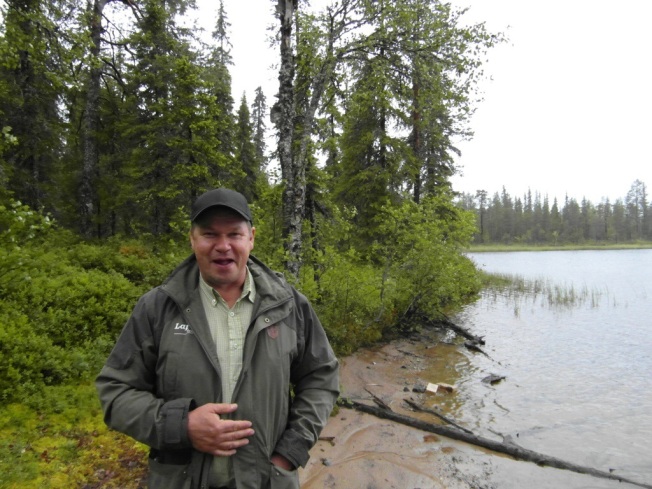 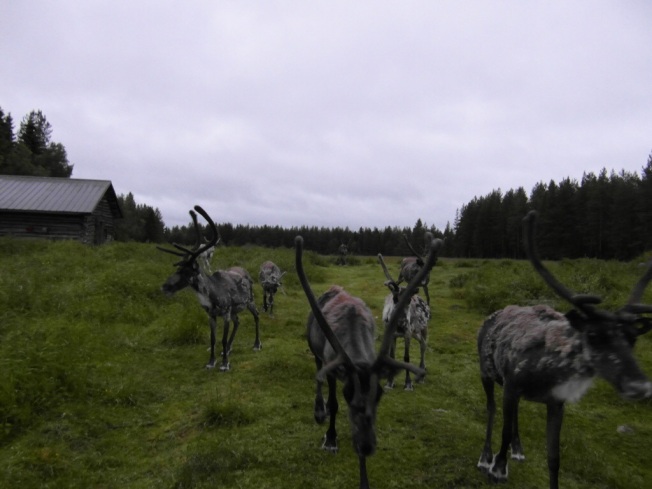 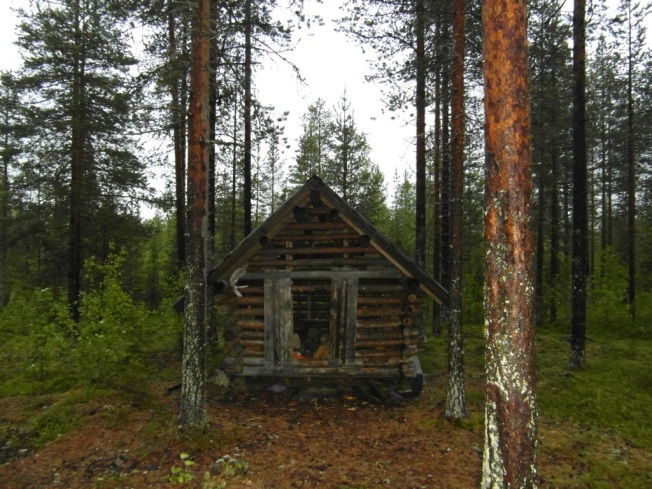 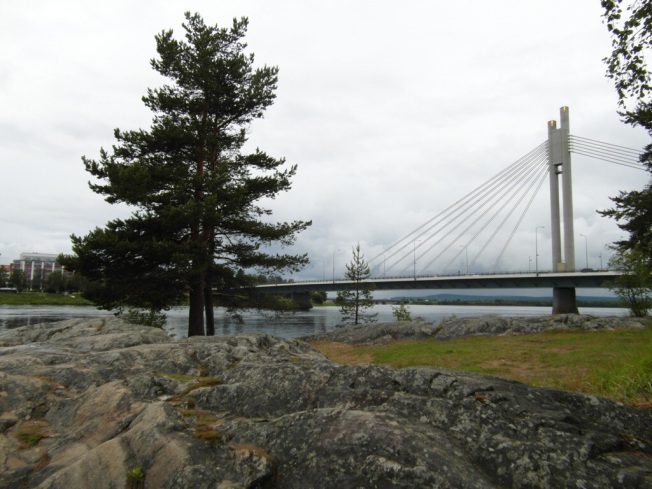 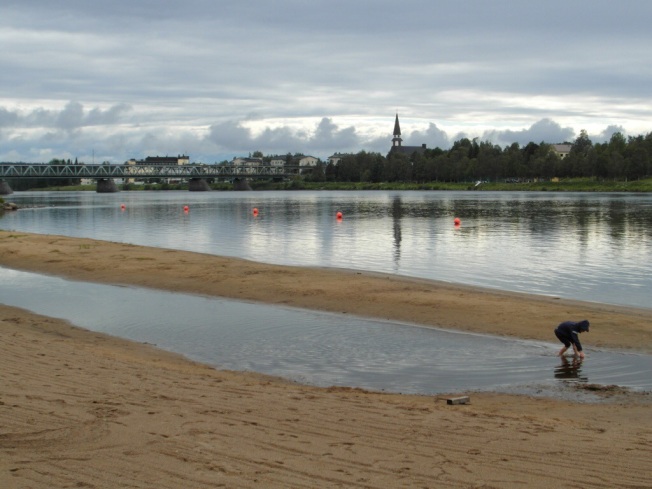