Last year, my children asked me to set aside May 18 to June 1st, 2017 for a surprise 65th birthday trip.   Amazingly, the surprise was kept right until check in at the airport!   To add to the surprise factor, was seeing Jenn and her family at check in!!   We had a veritable party assembled.  The Magic begins …..

Destination … Southern France …. the luminous Côte d’Azur!   A long day of travel ensued, including a hurried Pret a Manger food stop at Heathrow!  They serve the tastiest healthiest airport food ever!!   A short connector flight to Nice and we were in business!!  A bit of a scramble followed, picking up cars, children’s car seats, with valiant attempts by the guys to stuff our waaaay too many large bags into these vehicles and find room for the humans as well 🙂 …. somehow a miracle happened and we all fit!!! …. Not one of us obviously pays much heed to travel guru Rick Steve’s advice …. simplify your needs … carry on bags only!   I should have taken a picture of the lot of us and our stash … it was a sight to behold!  Off we drove to navigate our way from the airport to our villa somewhere in the hills of Nice!  We arrived very late to our rather sprawling first Airbnb home, our first stop on the Côte d’Azur adventure.  Tim and Liseanne had kindly gone out early in the morning, bringing back breakfast fixings for the rest of us!  So considerate ❤️ To climitize our minds and bodies to a new time zone, the first order of the day was a walk along the seaside, savouring the turquoise Mediterranean, exploring the ambiance of Nice.  The fresh sea air felt heavenly!   Sarah had organized a street food tour for our second day, complete with a fabulous outdoor market!  Nadia was as cheerful a host as one could possibly wish for … she had a rather persistent smile.  She introduced us to local delicacies, such as pissaladière, my personal favourite – a pizza but not exactly … more a tart topped with onion, anchovies and olives, ratatouille which originated in Nice, petits farcis –  a classic Niçoise specialty takes vegetables such as eggplant, tomatoes and zucchini and stuffs them with ground meat, garlic and bread crumbs and can be served hot or cold, various different breads, sweet rolls, cheese, pestos and tapenades, crisp local Rose wines ..  a classic accompaniment, we were told, with every summer meal in Nice.  We all concurred and followed suite with local customs :)!!!  Did I mention gelato?!   A daily stop encouraged by our four little folk …. big folk did not complain :).  We all passed on the local cheap wine poured from large barrels into Evian water bottles … we politely sipped the sampler but quickly chucked it discreetly into the garbage when Nadia’s back was turned  …. this remained our only unanimous reject 😙 The food tour finale was a sampling of local Rose served up with a tasty platter of the various appetizers!  A fine start to our culinary explorations of Southern France …. à votre santé! 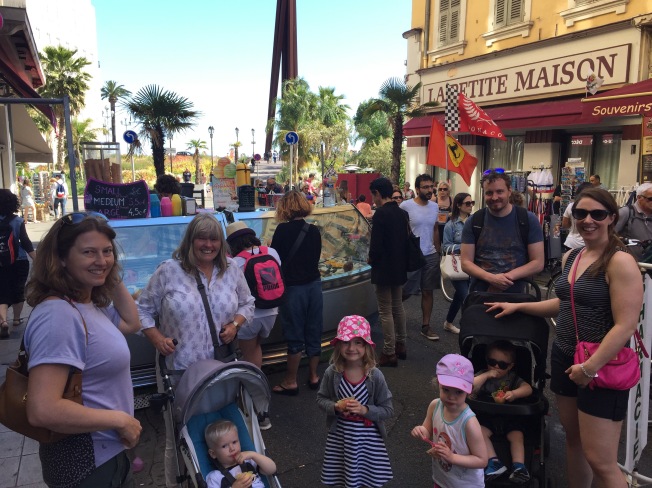 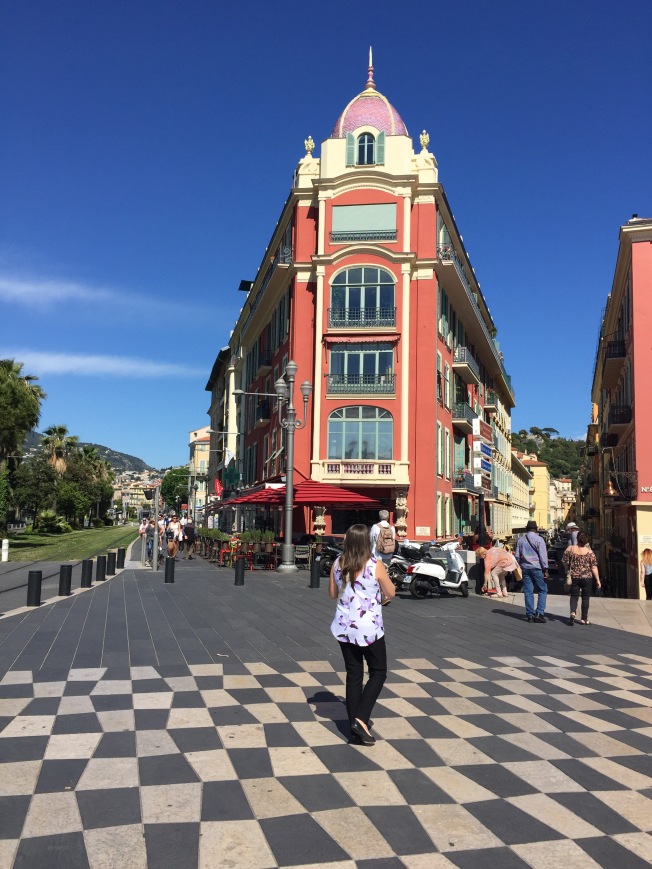 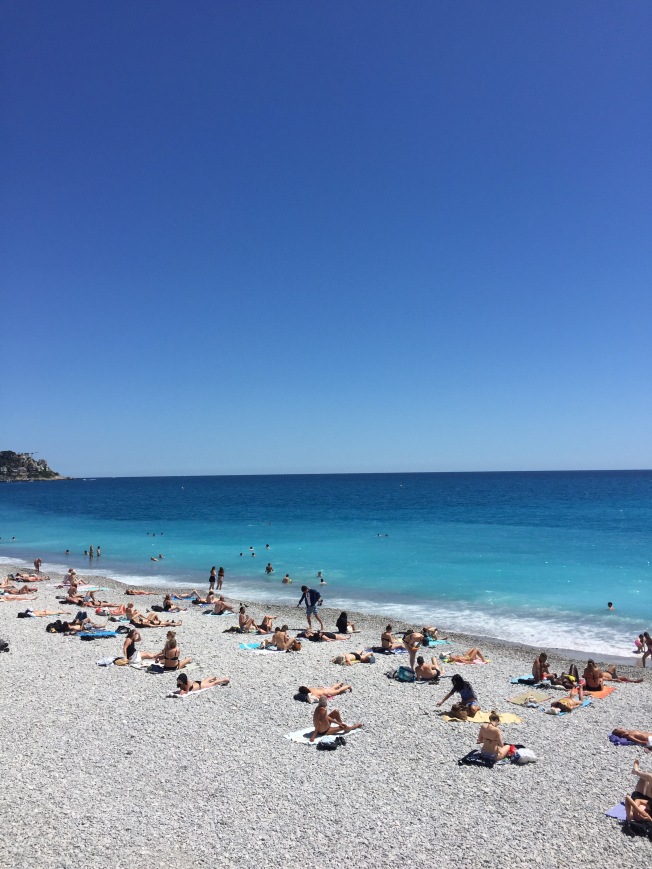 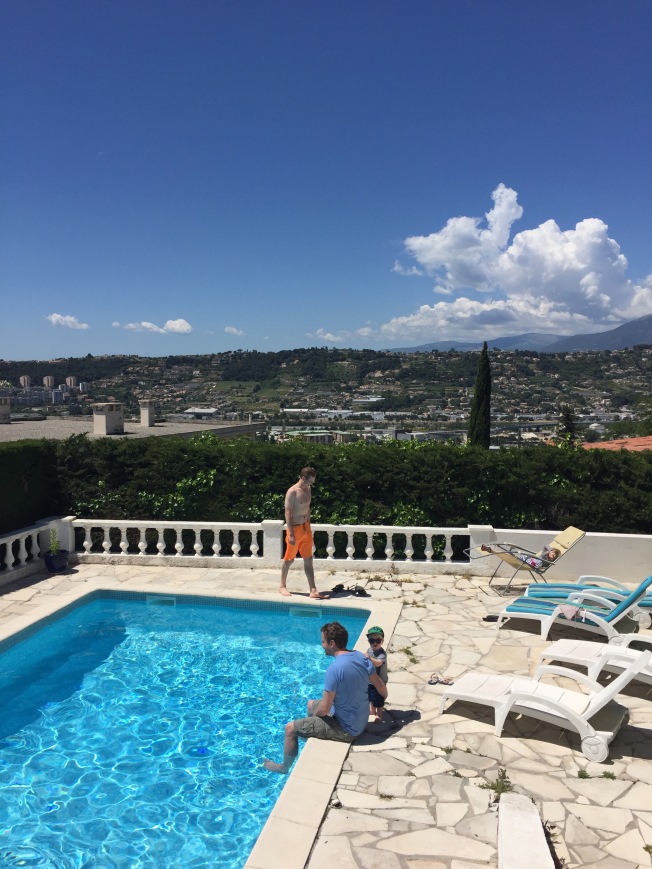 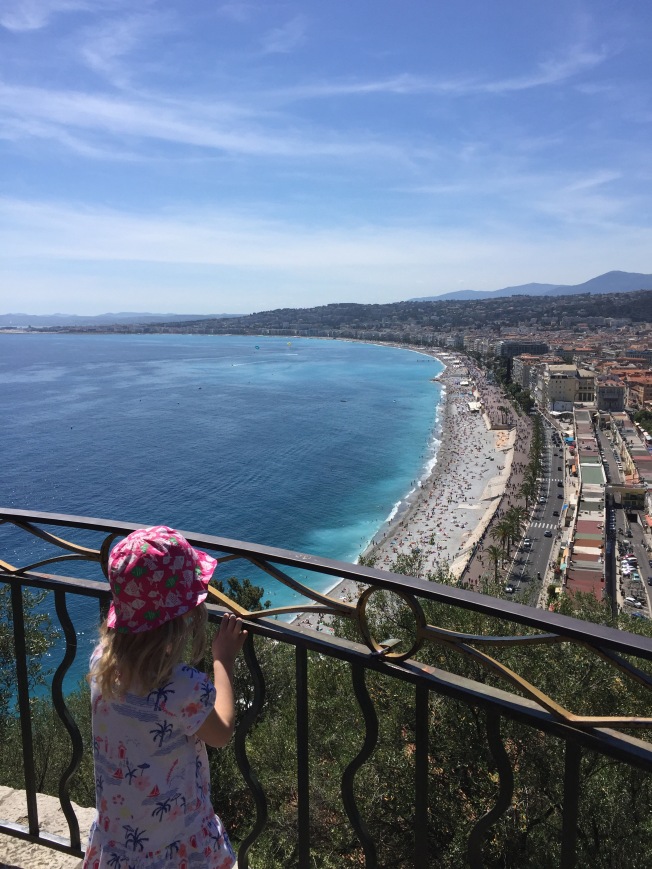 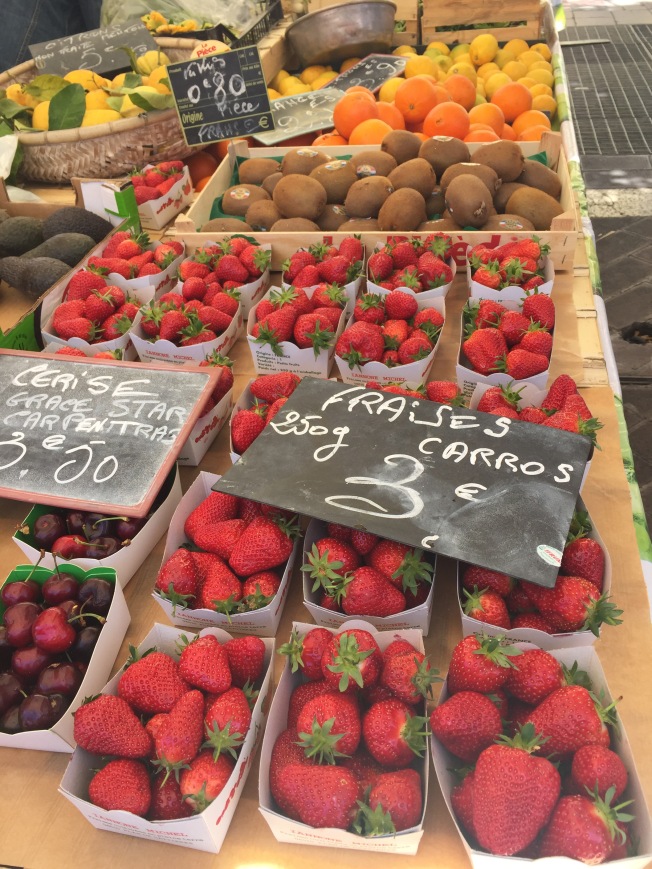 The berries were beyond tasty and in a league of their own … all sun ripened local produce!