Barely a week has gone by, but already this little Mexican city has wrapped it’s welcoming arms around us, becoming our home away from home. Bev and I have become accustomed to the sounds of the street, perhaps most noticeable at night when trying to get to sleep! People endlessly talking, sharing their days with family, right under our windows it seems :), dogs barking, relentless ringing of church bells, fireworks going off for various celebratory occasions, children chattering, trucks gearing up and down, delivering goods, picking up trash (an early morning sound) and just the basic street traffic … all unfamiliar to both Bev and I, living rural as we do in Calgary, where quiet rules, broken only by the sound of coyotes yipping at night.

Most of our waking hours are spent in the outdoors …. walking everywhere, exploring the cobbly streets, museums, churches, the outdoor produce markets, craft fairs, the myriad of interesting shops displaying all manner of handmade goods and enjoying meals at charming outdoor cafés sprinkled throughout the city. Francoise informs there are over two hundred restaurants of varying sorts in San Miguel! … we do not have a car and have yet to utilize the bus or taxi services. Found a suitable yoga class a few days ago, held of course, on an outside patio! Heaven! Alejandro, our instructor, is a gentle, soft spoken, highly spiritual young Mexican … the yoga studio is a short five or ten minute walk from our Casa! We have met up with Francoise and Donna a few times for meals and an ‘art walk’ yesterday through the Fabrica la Aurora, once the main textile factory for the area, now basically a series of art galleries and shops. We continue to enjoy the ambiance of a very friendly community of expats that make San Miguel their winter home. A few days ago, we took in an interesting talk at the local Buddhist Meditation Centre, hosted by an American, Kiranda Benjamin, an ordained Buddhist monk. Kiranda shared her experiences and insights on solitary silence retreats she has taken over the years. A plan is underway to go on a year long silence retreat this summer to the Sudarshanaloka Buddhist Retreat Centre, a 250 acre wilderness camp in the Coromandel Peninsula in Northern New Zealand …. interesting to hear a different perspective on life …. chatterers that we are, Bev and I find even the thought of retreat into silence for a whole year somewhat incomprehensible …. guess we are just not monk material 🙂

Over the years, travelling around our beautiful world as I have been fortunate to do, I have noted that celebrations and particularly religious ones, are frequent in countries with Latin roots! …… and so it was this Friday in San Miguel! …. this celebration called “Lord of the Conquest” …. celebrates the introduction of Christianity to the early Mexican inhabitants ….. It was a merging of their ancestry with Christianity, hence all the traditional dancing, drumming and costumes … the marching and dancing had started in the early morning hours …. we were still asleep 🙂 …. After breakfast, we made our way to Jardin Square, in front of the Parroquia to enjoy the festivities. Colourful beyond belief, with participants dressed in the most amazingly beautiful, intricately beaded, feathered costumes … A veritable Native Mardi Gras!! Not surprising, a little girl Aliana’s age, dancing alongside her mother, captivated me … she tried hard to mimic her mom …. so cute to watch, but still preferred jumping up and down for the most part, just like Aliana :)!!! The dancing and drumming continued long into the evening …. a truly spectacular day. We spent hours in the square just breathing in the atmosphere. 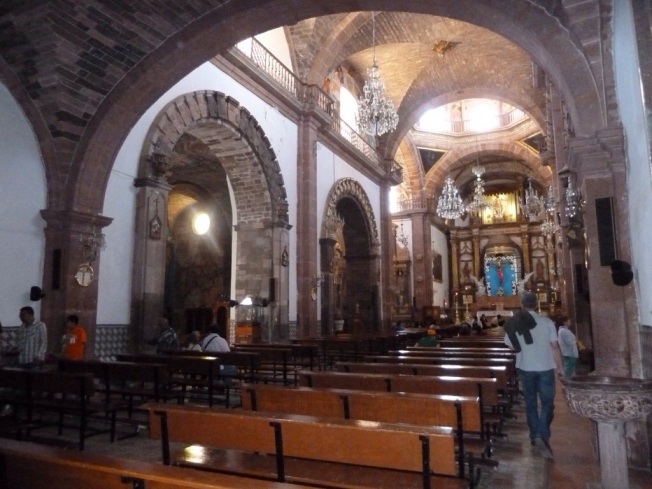 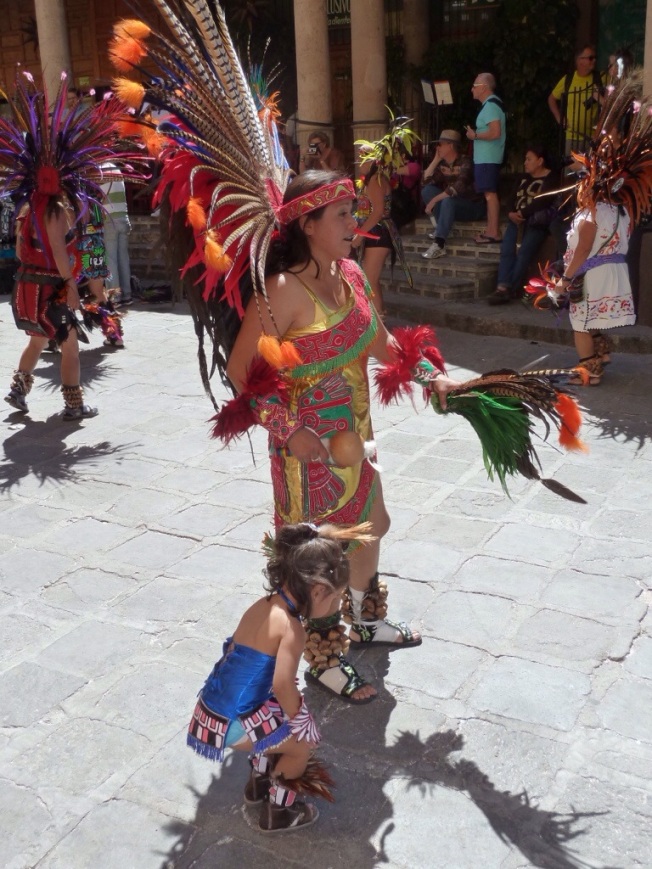 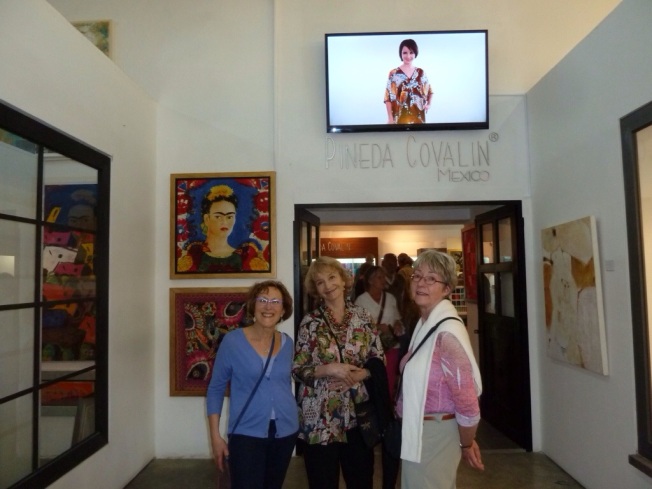