The week flew by in a sea of emotionally happy exhaustion … I was in bed most nights and asleep before nine! With what little energy was left, I briefly check email and facebook postings …. keep up with the local news about flood relief, clean up in Calgary and all areas affected and make sure my family were safe and sound … my head hits the pillow before my iPad flickers off …

We are a small group for this two week period and are working at Fundac Center One, a building in the center of the Calderon produce and fish market! … our walk meanders through the produce stalls to the building gate … unusual, charming and sometimes stinky from the fish stalls, but certainly an original location!

Neal and Suzanne from the San Francisco area, Tom and his 14 hear old daughter Katie from Atlanta, Georgia make up my team. We are up early for breakfast, morning meetings and on the road by 8 for the 30 to 40 minute commute from Quito to Calderon which is its own separate town but feels more like a suburb of Quito. From the moment we walk through the door, we are set to work … Neal helping three Tias (the women are all called Tias, including us, which translates to ‘Auntie’) with cooking in the kitchen, Tom helping a local contractor build storage and book shelves for the Center, and Kate, Suzanne and I opt for working with the children. We are all assigned a classroom with three and four year olds …. mine is with Tia Ruby who does not speak a word of English! As the week wore on, Ruby and I learned to communicate reasonably well, despite my slow growth vocabulary ….. a cheat sheet and running often to Maggie or Neal for translation helped 🙂 … Neal just happens to be a teacher with a primarily Latino student base back in California and if not quite as fluent as Maggie in Spanish, good enough!! Such a blessing for our group!

I adore my kids … all apparently are on the lower rung of the economic ladder and primarily from single parent, ie. mom homes … Most live and support their families on minimum wage or less ($10 a day is the norm) …. our help is beyond welcome! Together, Fundac, the government and Global Volunteers, all help to feed and care for their children while the moms struggle through on work at low paid jobs. It is a bleak existence in many respects, although Maggie says extended family help when they can. Because the two centers are funded and supported by Fundac in partnership with the government, the cost per child to the parent is only $12.00 a month …. still, most months, half of them cannot even pay that and have to scramble to get the money together.

The Center feeds the children unbelievably well on a budget of less than a dollar a day per child! Somewhat easy to do in Ecuador, as produce is unbelievably reasonable … A bag of 40 mandarin oranges are currently selling for one dollar in the market!! A dollar a day covers a breakfast corn or bread dish, a piece of fresh fruit for mid morning snack, a lunch of freshly made corn, bean, quinoa or vegetable soup, followed by a second course of a rice or corn dish with veggies, beans, egg or meat mixed in, washed down with a freshly squeezed glass of juice and every day it is a different fresh juice! One of my daily duties is to help Tia Norma feed the one year olds still in high chairs ….. there are about eight or nine on any given day. I am a bit of a goof ball and enjoy this part of my day … I have some of the babies laughing more often than not at my silly feeding antics … the Tias are adamant that all food is finished to the last drop, as they know most of the children may not eat this well at home … It is a form of kindness but I have a slight aversion to force feeding 😦 … hence my antics … I would rather they be laughing or at least smiling as I spoon in food, than crying … it works!! Right after their lunch, the kids all go down for a one to two hour nap, at which point we are free to walk to a local Calderon restaurant for our own lunch, which inevitably includes a starter course of soup … very Ecuadorian, this soup thing … getting used to it.

In the afternoon, after their naps, (space is at a premium and the children nap 5 or 6 to a bed … will share a few pictures I took of the few remaining nappers … most were awake) after we got back from our lunch one day … these children are so sweet, my heart just swells) … a ‘colada’ is served when they wake up (it is a quinoa or corn mash smoothie which the kids all love)!!! Corn is a staple food source in Ecuador and it is a rare meal that does not have some form of corn served with it. Driving anywhere in the countryside, corn fields are everywhere!

It is things like a whole chicken, canned or dried foods, soaps, shampoos, toilet paper, kleenex, diaper wipes and really, any paper products, that are priced roughly the same as they are in Canada, and hence totally unaffordable for any of the families whose children attend these government funded child centres. Global Volunteers have done much here in the past fifteen years, from tiling the concrete floors, painting walls, decorating with wall decals, building tables, beds, chairs, shelves …. just a ton of stuff and that is all in addition to the work we do with the children!! The tias ration toilet paper and kleenex. The liquid soaps are watered down considerably. After the last two weeks, I am thinking this is good thing …. we are so wasteful in North America. I will try and share my day with pictures … 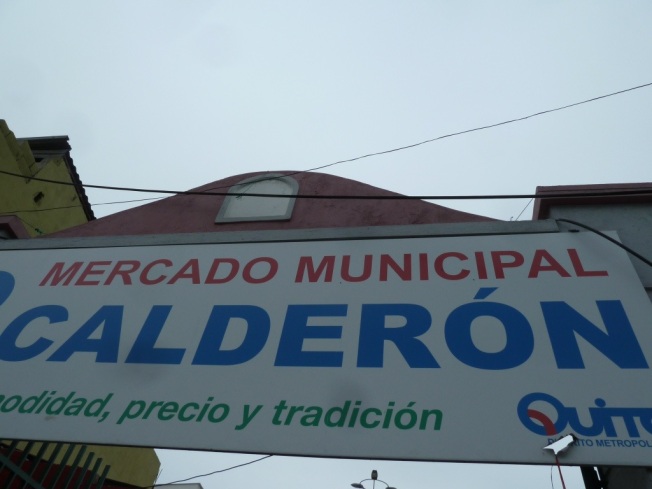 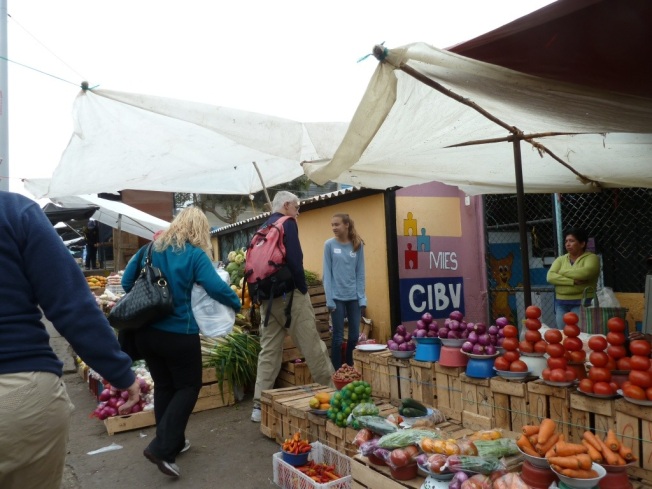 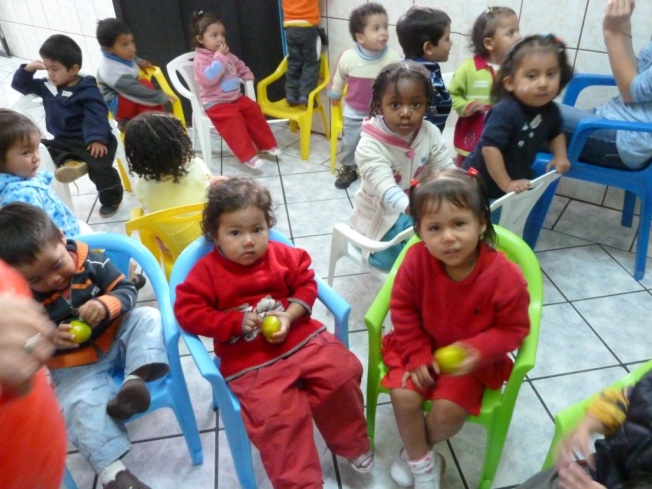 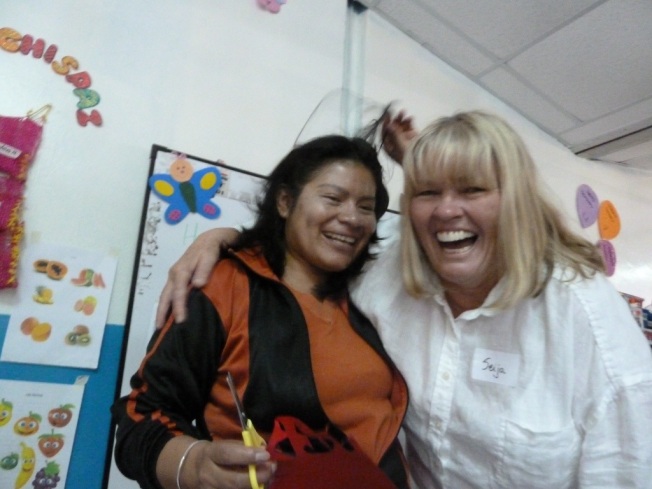 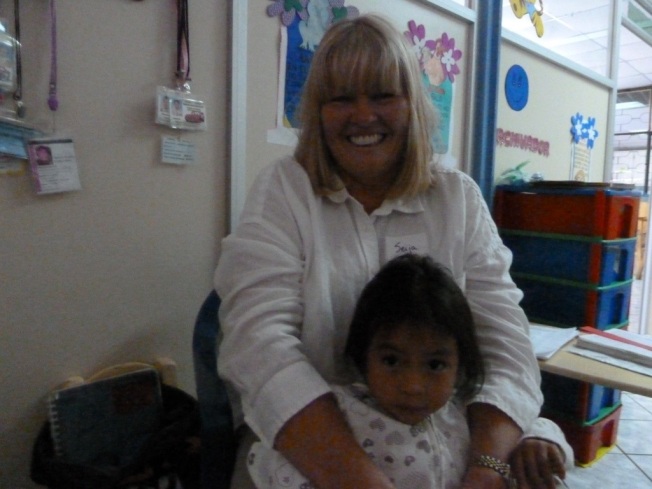 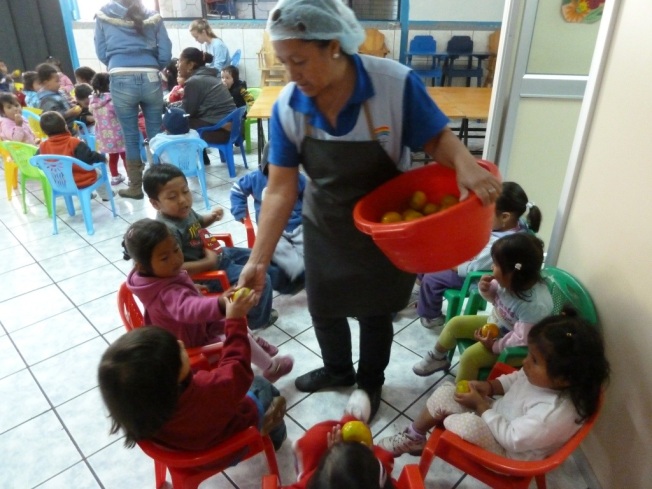 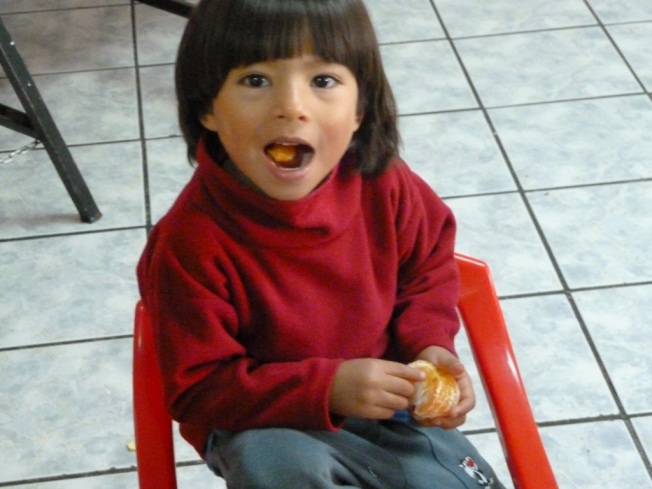 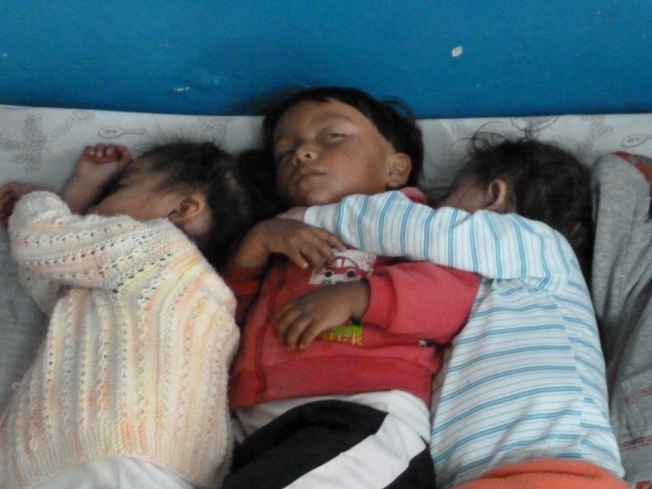 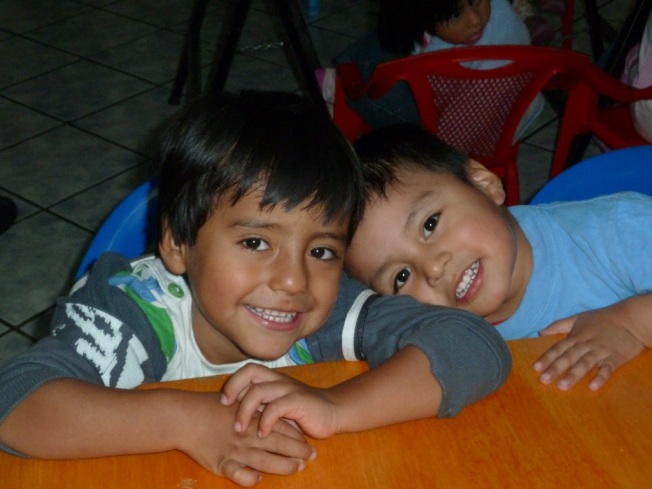 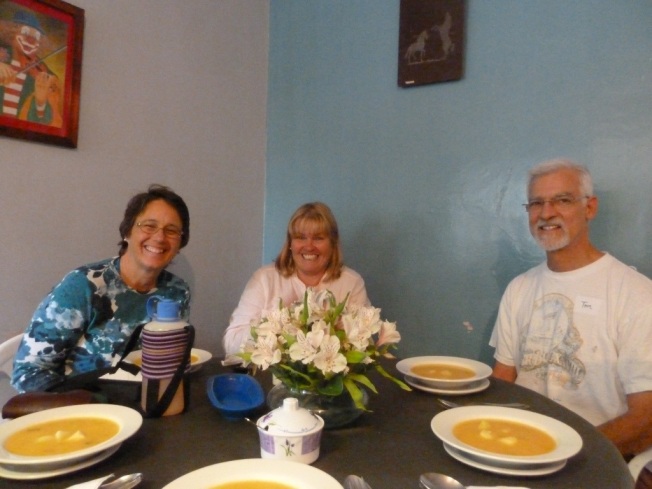 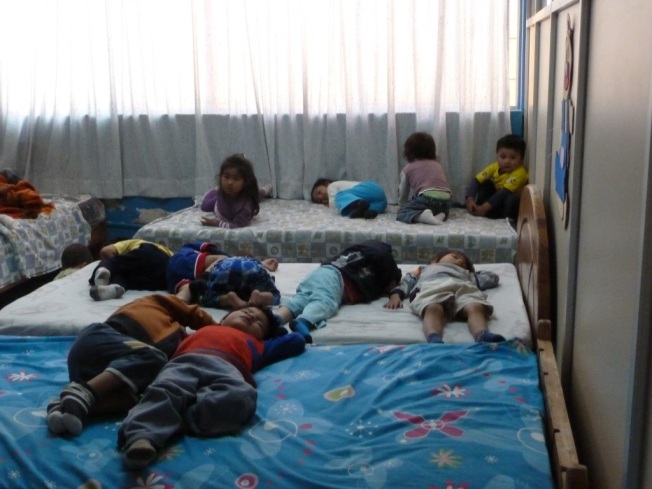 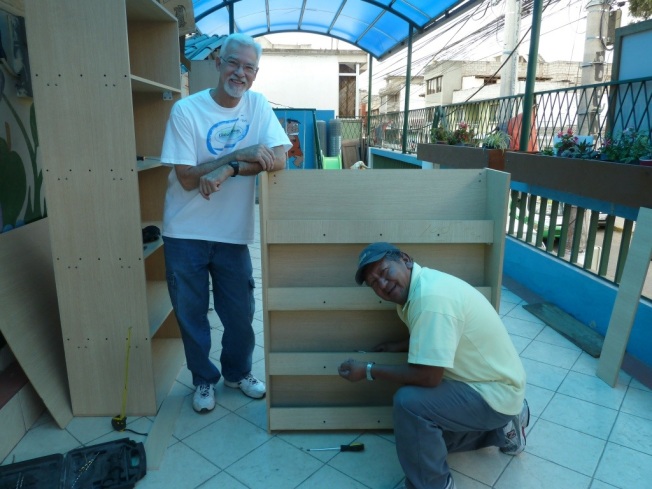