Have not been to many places in the world where I receive a warning such as this …… “do not go to the old yogi center at night, as tigers often wander through in the late evening and sometimes, wild elephants” ….. Hmm, yes, we decided on an early morning walkabout and we did indeed see some elephant scat as we walked inside the dilapidated, rather sad looking abandoned ‘Maharishi Mahesh Yogi Meditation Center’ a ten minute walk from our ashram …..

Once a thriving meditation center that could hold 1300 …. virtually a small town, complete with the Maharishi’s own rather large, once luxurious home, now in shambles. A large red post box was still standing, various meditation halls, individual meditation domes, kitchen buildings, accommodation blocks, all beautifully laid out on several acres of lush jungly forest, where yes, one could easily imagine a tiger stalking through the thicket! …. Rishikesh, and the Yogi Centre is where the Beatles once came to study meditation with the Maharishi Mahesh Yogi in the late 1960’s. It was here that Paul McCartney and John Lennon wrote most of the songs and music for both the “White Album” and Abbey Road.

Ironically, both Madeline and I have at one point in our lives, studied at a Maharishi Meditation Center in Alberta, Madeline in 1971 and me in the late 80’s …. For meditation, I still sometimes use the mantra I was given after completion of the course ….. so it was kind of cool for us to walk through the grounds, given our history with the Yogi.

The Yogi, often referred to as the ‘Giggling Guru’ by journalists because he, well, giggled a lot during interviews, left India sometime in the seventies, moved to Holland, and continued traveling the world, setting up meditation centers everywhere he could, and the Rishikesh center was eventually abandoned. In that timeframe, the 40 year lease the Maharishi had on the land expired and because it sits right in the middle of a National Park, it is unlikely to ever be restored ….. the costs would be prohibitive as can be seen from the pictures below ….. must have been a great joint in the 60’s!

Madeline and I introduced Little Buddha Cafe to our yoga troop last night …. Nice change from the predictable utilitarian ashram food and we had really been craving to go back … It was fellow Canadian, Nicole’s 29th birthday, so a good enough reason to go out and celebrate …. No candles or sparklers available but we did find incense sticks for the cake!! …… Kind of a match for the place :). 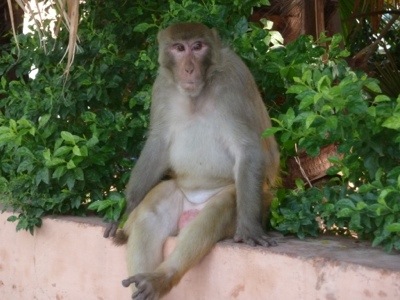 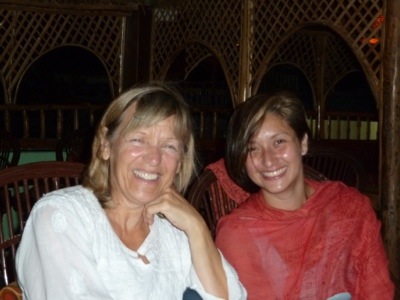 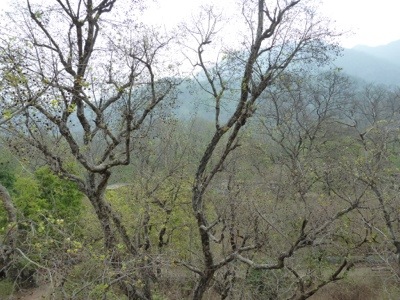 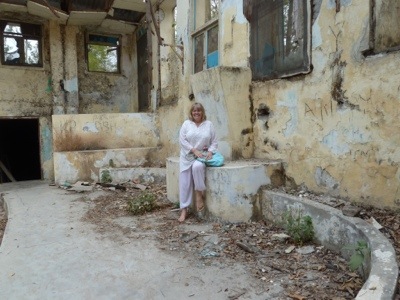 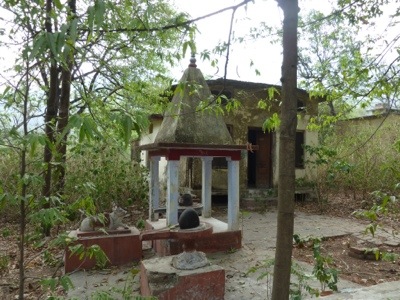 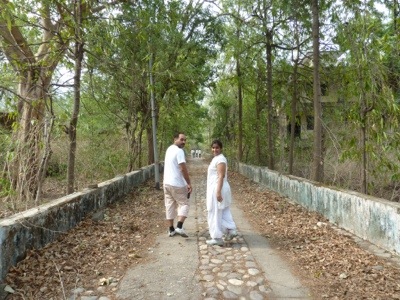 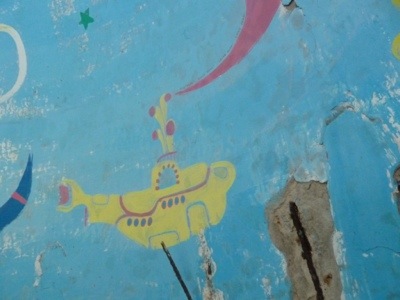