Shortly after sunrise, I left my room to walk through the peaceful terrace garden area of the hotel, to find the Baba, his entourage of what appeared to be family, body guards and this morning, an addition of Darjeeling soldiers, rifles slung over their shoulders, were already milling around, heading for the breakfast room. I had managed a photo when they arrived last evening, but if I even pulled out my camera case this morning, someone was tapping me on the shoulder …. I was to learn later that morning, Baba Ramrahim, a wealthy Sikh from the Punjab, is quite an extraordinary soul. His Indian dress of the night before, white kurti, had been shed this morning in favor of bright red addidas sweatpants, red tshirt and runners!! He smiled, bowed his head in a rather polite silent hello of greeting to me, as he walked in … yes, I was again the only other early bird other than Baba et al, in the restaurant …. I had an early check out and long drive to Gangtok ahead of me, hence the hour!

Sanjay shared some of the Baba’s story with me as we left Darjeeling. The Baba has purchased a large piece of hillside land ……. (Sanjay pointed out the several acres of already cleared land as we drove along) to build a residence and school for the women and young girls he and his organization have rescued from the slave trade prostitution rings of Northern India … these young girls were often sold by their own families ….. or were often orphans living on the streets, picked up by the traders. This sadly, is reality in far too many countries … poverty almost always the root cause. It is also very likely the fate that awaits the orphaned children of St. Nicholas in Birlad, Romania once they reach 18 and must leave the care of nurses and volunteers in the placement centers. Adoptions are non existent for them once they are no longer infants.

Baba has had many attempts on his life, hence the high security around him today …… not only is he rescuing the girls and giving them a lifeline, he is purposely targeting the kingpins of the rings involved!! This was hardly the story I was expecting on this rainy morning in Darjeeling. My heart is full … there are good people in the world, doing good …. my only regret, had I known this before leaving the Windamere, despite the security around this man, I would have made more more of an attempt to meet with him, thank him for being such a beacon of light to those most in need of it and on a future journey, perhaps volunteer to help out at his center when it is completed …. only a few goggles away to accomplish this … there are miracles around every corner …. decent good people, making a difference.

Found out that the road to Darjeeling was indeed a secondary road! The main road has been damaged and closed for almost two years … earthquakes, mud slides due to the monsoons, resultant erosion and aging infrastructure, all factors in the closure … the only choice was to reopen a former road hugging the mountains and yes, probably used by horse and cart in the past! Thankfully, the road to Gangtok was wider and in better repair or am I getting used to the conditions? 🙂 We humans are an adaptable species.

Drove along the stunning scenery …. Darjeeling sits at 6,900 feet above sea level high in the foothills of the Himalayas allowing for the most spectacular of views. Sanjay gave me the correct pronunciation of the mountains …. with accent on second syllable phoenetically it is …. Hee mah’ lee yawns …. so much more charming that our English pronunciation! ……. Pine and tropical forests, orchid fields, magnolia trees in bloom, oak trees, dozens of tree varieties I did not recognize at all, terraced tea plantations, or gardens as Sanjay calls them 🙂 are everywhere … It was the British who originally brought the plants here from China … they flourished and thrived in this humid climate, the rich soil, the high elevations ….. created perfect growing conditions for tea apparently …. all varieties. Always a cloudy haze in the air, making it hard for my camera to capture the vistas …. it is certainly an edgy journey to get here, but if you have even a touch of adventure in your blood … well worth it, for the views alone, never mind the trekking, or the gentle Buddhist culture that is a big part of both West Bengal and Sikkim. 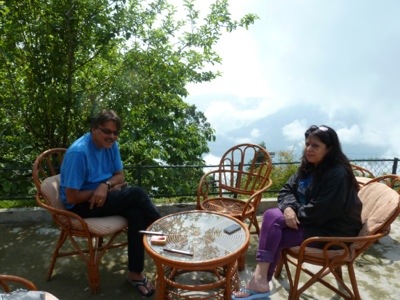 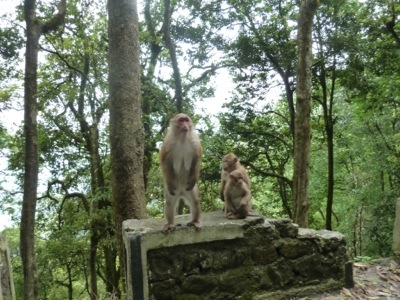 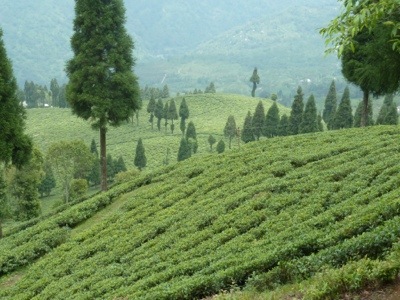 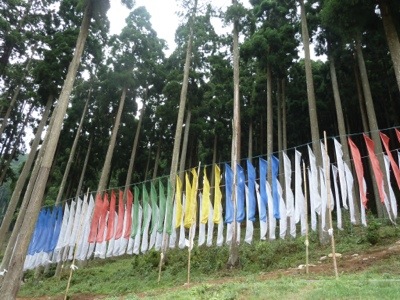 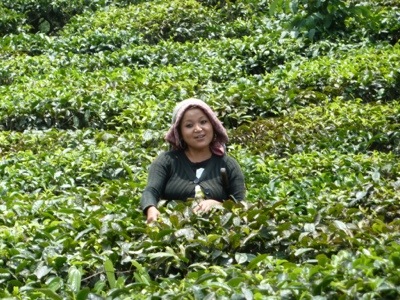 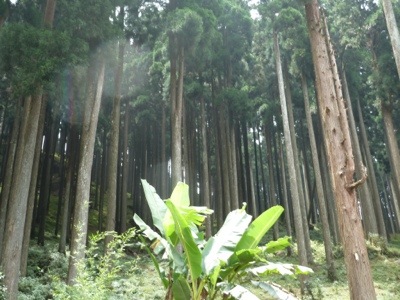 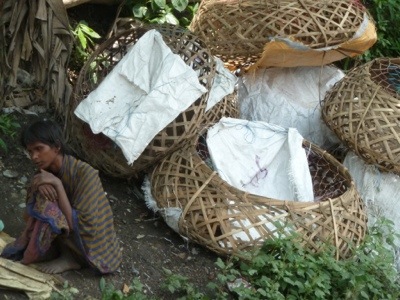