I will miss the rolling hills and hillocks of Wallachia, Transylvania, Bucovina, the agricultural flatlands of Moldavia, the lush heavily forested regions along the Carpathian Mountains, remote villages, historical medieval towns, mythological vampires …. Oh no, not vampires!! …… there never was a real Draculian vampire as Bram Stoker’s novel from the 1800’s suggests and that set so many imaginations on fire, but there is a bit of a touristic component to keeping the myth alive and well in Transylvania 🙂

There was, however, a blueblood Count Vlad Tepes, son of Dracul … Dracula literally means, son of Dracul, the dragon being their family crest and symbol. He lived in what is now one of Europe’s last remaining inhabited medieval towns, Sighisoara, during the 14th century and was well known as Vlad the Impaler. There is a museum and a restaurant set in his old family home in Sighisoara’s town square . Enjoyed a nice spot of tea there after walking the old cobblestone streets of the town and of course exploring the old fortified church on the hill! ….. The Count’s method of dealing with enemies and particularly, Turkish invaders, was to torture and impale them with stakes …. lovely man …. Brutal times, brutal punishments in Europe over the centuries …… man’s inhumanity to man knows no bounds. So, hmm yes, no vampires, but there are many species of bats in Romania!!

The Romanian language (Latin base) is lovely to listen to ……. not at all harsh as are most Slavic languages in this part of Europe …….. sounds somewhere between Italian and Portuguese to my ears at any rate …. (the Romans were here at one point in history and I do note a similarity in features … Alex said it is a possibility that Romanians share bloodlines with the old Romans … not sure about that one, but it could be possible). The country is still behind most European countries economically, even though it has been in the EU for over five years. Alex jokes (sort of jokes …) that it is a contest on any given day, whether Romania or Bulgaria is at the bottom of the EU heap! Most live on incomes of between $500 – $1000 dollars a month … on average. Petrol is more expensive than in Canada although food, shelter, clothing are cheaper by far except in Bucharest! Still, it is hard to get ahead in this country with that kind of income disparity from the rest of Europe.

I must say, I did have my fill to some degree, of the many many many painted monasteries and old fortified towns and churches that Alex dragged me to 🙂 ……. All in all, I will still miss trekking up hills, in the pastoral settings of the villages and towns to these old fortified churches ….. They hold a lot of charm today but in reality, life was one violent siege after another in those far gone centuries, hence fortifications! My preference would have been to enjoy more visits with the townsfolk in these villages than view their temples of worship. Much as I enjoy history, and the structures attached to the stories, my preference is to mingle with the local folk in whatever country I find myself in. Fortunately, got a bit of that in as well. Aah, and the children ….. My sole reason for choosing Romania as a country to visit in the first place! I feel sad for their lot in life …. but happy that I was able to give them some love, comfort and sorely needed attention and that there is a steady stream of volunteers in their lives to do so. I have always believed that it is up to the able to help the least able in our world. I heard from Mihaela that another group of 7 are arriving soon. That kind of news can make my day.

Had a long travel day …. not always the best connections on these points tickets … Left Bucharest at 4:00 am May 24 and arrived in Delhi at 1:00 am. May 25!! So, here I am, in a totally different environment and culture yet again …. Posting my first picture in Delhi …. A view outside from my 7th floor window … on that note, I am off for a swim, an Indian head and foot massage and catch up on a lost night of sleep. Very hot here .. Temps in the low 40’s.

Sad news also as I opened a message from Mihaela in Birlad …. Apparently 6 month old Marian was returned back to St. Nicholas last week … His dad had taken him to Iasi for tests for ten days and also I suppose, to determine if he could handle caring for the child …. guess not. I often think that the one flaw God made, was allowing anyone and everyone the ability to procreate ….. Not everyone is a good parent, or in this case, a parent of any kind. Some people just f—, birth and abandon. I had high hopes that this little munchkin would have a home finally. I think of his little old man face, peering up at me from the crook of my arm, happy as a lark as he watched me with those old soul eyes. Little Marian, what’s to become of you? I hope some volunteer will take to him as I did, and give him comfort and love. For some, that is as good as life gets ……. Honoring the little dude today. 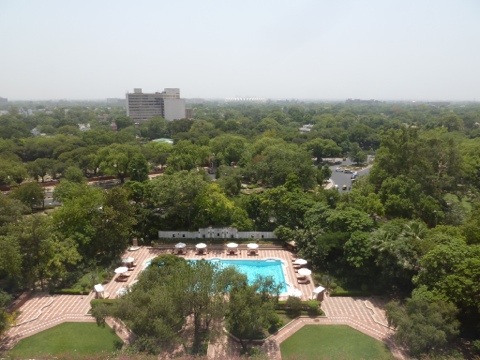 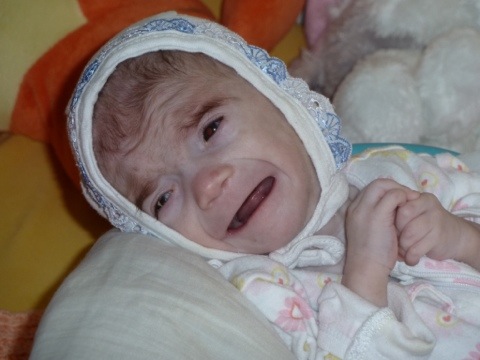 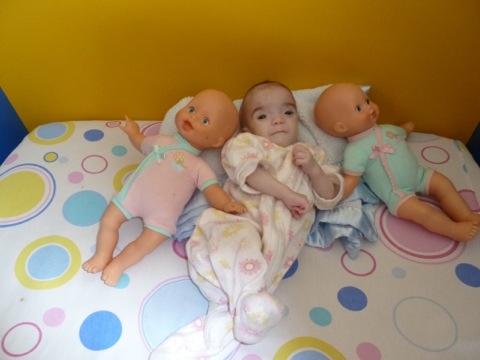 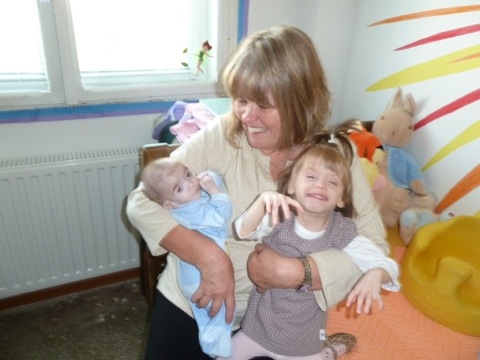